"The question of building the university-based Priority Social and Economic Development Areas (PDA) is now 'extremely urgent' "- these are the words said by Evgenia Mikhailova, the rector of North-Eastern Federal University at the International Forum "The Arctic - The Territory of Dialogue" in Arkhangelsk. According to the ideologists of the project, this would ensure a full integrated development of the northeast of Russia, primarily - the Arctic zone. This approach to the most undeveloped part of the country is being only declared, in fact all eyes are on raw materials. We asked the Head of the university to tell about the idea of PDA, how it might look and work. 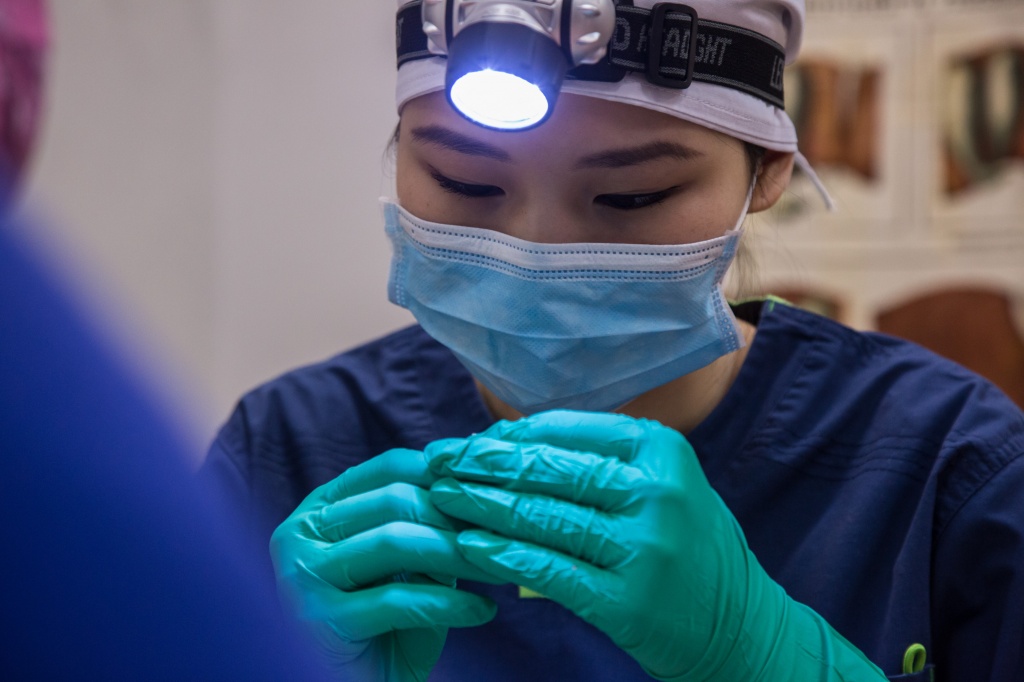 Evgenia Isaevna, let's start with the main question: meaning that the university is a core of PDA what can it produce? It is clear, when processing or extracting enterprises, even tourist firms become the residents of the territories of advanced development. In this situation the final result is planned and it allows, roughly speaking, to recapture investment and work for profit. But what can the university offer?

Concerning products, we already have quite material answers to many questions. We have built a constructional cluster, and the small innovative enterprises that involved in it create the materials and structures most suitable for the Arctic, build energy-efficient and "smart" houses. In the cluster of Arctic innovations, polymeric nanocomposites and other materials are being developed for the production of equipment adapted to extreme frosts. Specialists of our medical cluster grow and deliver to clinics dermal living cells which are necessary for effective treatment of burns and frostbite.

This is real production, no one has ever dealt with it in such assortment before us. And I listed only a negligible part of it. Service and socio-cultural clusters are on the way. We are planning PDA to exist precisely in the cluster form, so that it would be possible to work purposefully to solve specific problems of the Arctic zone.

Why do you only place emphasis on the Arctic, though NEFU is responsible for the entire north-east of the country, and these areas are far from the Arctic?

The "Arctic" is a general title for the future PDA. Common issues which can be solved in other places grow there to gigantic problems. Any of our industry produces almost nothing for this huge specific region. People and enterprises are forced to adapt the technics and technologies, designed for the average strip of Russia, to life and work in the harshest conditions. I can say with confidence: located in relatively southern cities, institutes, design bureaus and laboratories will not focus on the Arctic directions. The center of such activities, of course, should be in the North.

For example, there is a lack of materials to build houses in the arctic settlements. The current level of technologies needs everything to be imported - for thousands of kilometers, for "rabid" money. In this situation, it is necessary to envelop light, frost-resistant and durable materials and structures with the maximum use of local resources is. And with the support of regional authorities, we have already gone further, having improved two Arctic villages. Their inhabitants can now take shower, bath in their houses, use warm toilets - like in the city.

For NEFU, the Arctic is 52 percent of the territory of Yakutia and 100 percent of the Chukotka Autonomous Region. Our university is the only institution that joins these Arctic subjects of the federation together.

But the primary objective of the university is not to produce innovative bricks and not to build houses, even "smart" ones. Will there be a place for your main product - the student - in this project?

You started with the commercial products issue, this is why we are talking about it. Of course, the Arctic prospect of our university is to build a stable system of the training scheme for the northeast of the country. Actually, this is the main task of any university. But the point is that our colleagues from other regions can not even imagine the difficulties that we have to overcome. For example, in 2011 we opened a branch in Chukotka. Last year, the first part of power engineers graduated from there. All of them settled in "Chukotenergo", and the reviews about the guys are good. This year we are preparing to release geologists. But do you know how many students we teach there in each direction? Not 100, not 50 and not even 20. Within ten! Because the Chukot labor market is very narrow, it can't take more.

We have to train specialists individually changing the program for each academic course. If there will be an order to train people in other professions, we will change it again. This is very difficult, expensive, but necessary.

Well, Chukotka is a special case.

A special case is the entire Arctic. In the warmer regions, nature itself created comfortable conditions for life, and it is enough just to adjust something to people's demands. And in the Arctic, in order not to survive, but to live in relatively civilized conditions, everything must be done by ourselves - inside and out. We have to think, organize, invent and then implement. No major success in this field yet.

But it's your graduates who are supposed to think, invent and implement!

Absolutely. Last year, more than a thousand of our graduates expressed a desire to work in the countryside, including the Arctic. The overwhelming majority are entrenched, they are working. But a few young doctors could not stand it, so they returned. Not because of the poor quality of life - they were ready for this. They did not find conditions for work there!

In the regional ministry of health, I was told that we release irresponsible specialists, without moral principles. But it's the opposite! These returnees are hyper responsible people. They went to the Arctic under the "Zemsky Doctor" program. Have received one million rubles. The government of the republic guaranteed them apartments in any settlement they would choose in 5 year of work. Leaving the Arctic, they returned to the state its millions and abandoned the chances for problem-free housing.

What happened? We spent about two billion rubles to equip the medical cluster. Students studied with the best equipment, mastered it, learned modern methods of diagnosis and treatment. Then they arrived in the arctic village. And there they saw all the equipment of the hospital - a stethoscope and a thermometer. Probably, they could simulate the work for five years, to measure the temperature in patients with importance, in order to preserve their received preferences. Well, they did not want to, because they prepared themselves not for that.

We have a very high level of medical training. We have been winning prizes at the All-Russian Olympiads on medicine for two years. Last year, they were the first in neurosurgery, the second in general surgery. And this year began with the fact that we got first place at the Olympiad on Dentistry competiting against 40 universities . But our dentist arrives to the arctic village, and all the equipment he has to work with, allows nothing but to tear teeth.

We can observe such a situation not only in medicine: no much better in arctic rural schools. This confronts the republican authorities with a serious choice. To invest in the development of the territories, or, if it's too expensive, to think about closing the villages, taking people out to places with normal living conditions. In this way, who will live in the Arctic? Nature abhors a vacuum.

Do you think that the creation of PDA can change the situation?

Of course! I mean, take those two villages, which were improved by the specialists of the university. In fact, they are our scientific testing areas that demonstrate how the life of tundra can be transformed. And this theme has got a logical continuation: it has become one of the items of the electoral program of the current head of the republic.

PDA can become the first growth point in the Arctic zone, oriented not to extracting minerals, but to improving the quality of life. We will have an excellent opportunity to create a sustainable system for promoting new technologies, knowledge and various products with the cluster approach- to form a technological network on a scientific basis.

The university has all prerequisites for this. More than a third of educational programs (143 out of 433) - refer to the arctic programs. 6.5 thousand students study these programs! We have developed a related structure, which includes the Arctic Innovation Center, intellectual property and collective use centers, the interuniversity student business incubator, and finally 24 small innovative enterprises, based on the university's own developments. To this we must add a powerful international partner network and the presence of strategic partners represented by the largest Russian companies.

And yet, the creation of PDA implies profit at the outpot...

There should be preferences 'at the input'. NEFU needs a package of benefits, not only tax, but also atypical benefits, to compare with the classical PDAs. For example, targeted recruitment of students, upgrading the qualifications of the university staff, grant support. Among other things, this will allow us to fully achieve the model of the entrepreneurial university, if we are to talk about future profits.