Personally, my understanding of the Northern way of life and Arctic culture grew enormously, and the experiences left lots of issues to be reflected after my return to my home country. 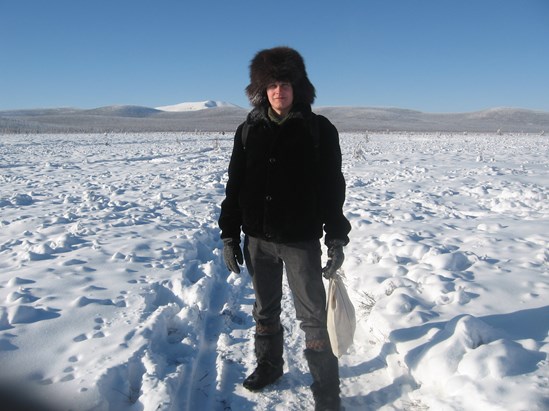 After spending the first three years studying history at the University of Jyväskylä in my home country Finland, I felt myself ready to seek new challenges by studying abroad. I was never the one to do things the easy way, so an exchange year in Siberia sounded like a great opportunity to experience a totally new culture and find out whether I would be able to make the most of it in a place I practically knew nothing about. All in all, from September 2012 till June 2013 I lived in Yakutsk studying Russian language, history and “Introduction to the Circumpolar World” course in the North Eastern Federal University.

During the first months it became quickly clear that, although a part of Russia, Yakutsk was definitely not an ordinary Russian city with its numerous nationalities and cultural diversity. However, the transition into the Yakutian/Russian culture was partly aided by my Northern background – after all, cold and snowy winters, white nights and dark autumns were nothing new to me. Many of my fellow exchange students were bothered by these phenomena though, especially with the cold when the temperature dropped as low as -50°C!

Also in my history courses I noticed that albeit countries situated on different sides of the continent, many themes and trends, such as geographical isolation, long distances and the origin of indigenous people, were similar in the histories of Finland and Northern Russia/Siberia. This enabled me to understand the local culture even more, and because of this, my adaptation into Siberian way of life wasn't the longest one. At the grassroot level, I also found a lot in common with the ordinary townsfolk and there was never a drought of topics when talking with the local people.

Although at first glance it seemed that Yakutsk was situated in the middle of nowhere, I was glad to find out about the possibilities to explore the Siberian North. Travelling there cannot be described as easy, but my few trips around Yakutia were certainly among some of my best in Northern countries. The beauty and majesty of the Siberian wilderness was second to none, and the feelings when travelling thousands of kilometers away from the civilized world were incomparable to other places. In the countryside, people were generally very hospitable and nice for us foreigners, and the introduction into Yakutian culture was effortless and interesting. Personally, my understanding of the Northern way of life and Arctic culture grew enormously, and the experiences left lots of issues to be reflected after my return to my home country.

Exchange studying in Siberia can by no means be called easy, but for those who aren’t afraid to challenge themselves and gain unforgettable memories from “another world”, I would definitely recommend boarding the plane and toughen themselves for a uniquely freezing winter!