«In my eyes, NEFU International is a political organization»

John Anderson came to Yakutsk four years ago, from Guyana in South America. Today, he is the head of «NEFU International», a student organization with the intention of helping foreign students to adapt to local study and life conditions in Yakutsk. He told us about the challenges foreign students face and his vision on how to improve intercultural relationships between all students of the university.

John, when you first came to Yakutsk, did you speak Russian Language? How’s your progress now?

John Anderson: It is of my belief that Russian is one of most difficult language to learn. It can be considered difficult for teachers as well as for students, to teach and learn.  However for four years, I have been battling with the language and I must admit that it has been a quite interesting journey, and I learnt a lot. NEFU has great resources for learning Russian. I think, all teachers from the “Russian Language Department” can successfully teach anybody to speak. Two years ago, you wrote an article «Two countries in one heart». There you admitted that when you came here for the first time at the beginning everybody wanted to meet, talk to you, and a lot of attention was given.

Here, you can rarely meet a foreigner and not everyone gets the opportunity to talk to them. Obviously, Yakutsk is not as international as Moscow, where you can see foreigners in almost every corner and have a conversation with them. But as time progresses you realize that people here are eager to meet and get to know foreign people.  I think, that is great!

Today, you are not an ordinary student, in terms of being the President of «NEFU International». What are some complains and suggestions you have received from foreign students studying here?

John Anderson: «NEFU International» plays an integral role the the initial adaption process of foreign students. Our aim is to minimize as much as possible the culture shock of students. Therefore we organize many events to enrich their experience and to get them to know each other as fast as possible. Also one of my other responsibilities as President, is to engage communication between local and foreign students that is building an atmosphere of friendship. An atmosphere were local students can practice their linguistical abilities and an atmosphere where everyone can be enriched, culturally!

My work is very serious because I believe that foreign students are not only guests. They are regular students. For sure, their way of life was different before they moved here: they were raised in different circumstances, culture, language, habits, etc. And as far as I am aware of, there were not many problems before. This is due to the simple fact that there were not  that many foreign students as today. As the community increases, the problems also increase.

The most annoying issue is the issue of washing machines. There are tons of questions about washing machines and it is a known fact that they are limited in supply. I think foreign students should not live separately from local students but together with them. This will aid in the successful integration into the local student life also making friends and get to know new cultures.

Today, NEFU has 120 foreign students. Four years ago, for the sake of comparison, when I came here, there were only 10 foreign students here. Some students want to live here, find a job, and may be even start a family. Also, there are others who want to go back after finishing studies. 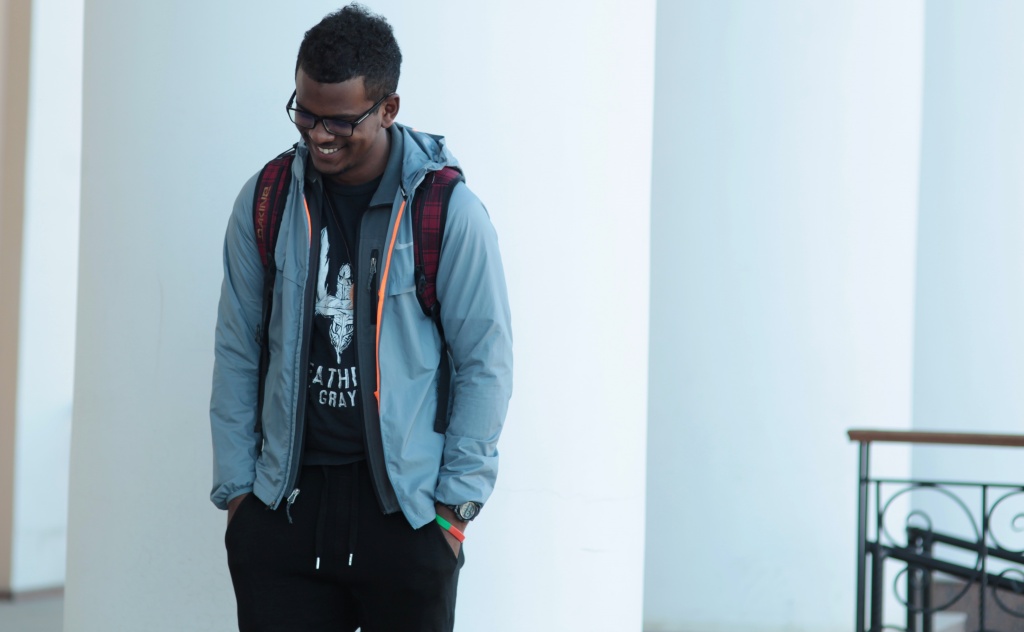 What other activities does NEFU engage in other than solving adaptation and living problems?

John Anderson: When I became President, we had three programs: The Language Tandem, Buddy-program and the English club. Now, we have eight of them: Chinese as well Korean Clubs, the Music club, Academic Mentorship Program and the Big Brother Big Sister Program. These programs help to build a environment of cultural exchange.  Also, we have implemented new projects such as Nefu Cake Sale; Acquaintances Day and NEFU Games. These are very huge events.

This year our organization will be celebrating our Fifth Anniversary and we are organizing big events for our celebrations.  Some of these include NEFU International Festival (NefuFest), Nefu International Concert and an evening of Mongolian Culture on November the 23rd- the date when our organization was established, we will elect a new president.

Do you already know who will be the next president of «NEFU International»?

John Anderson: We are constantly looking for him/her. And most likely she/he will come out from the current administration of Nefu International. I will support anyone who will continue all my policies. I have to say that we are a big organization now. Before, we were waiting for long periods to receive finance from the university. That was the past! Now, we are looking for investors /financers by ourselves. We also engage in fundraising activities for example Nefu Cake Sale. When I started to work as President, NEFU International had 22 thousand rubles cash that was in February. Since then we have raised 137 thousand rubles from which 10 thousand rubles were donated to charity.  The remainder was used to fund our projects and programs.

What are your plans after graduation from NEFU?

John Anderson: My family is made up of politicians. That being said, my country has elected a new government and my relatives now are part of this newly formed government. My goal – political work in Guyana.

I am very glad to start my political career in Yakutsk. To work as President of «NEFU International» gives me huge experience. For elections, I campaigned professionally as though it was the real deal!   I have certainly gained skills to that would help me to develop as a leader. I am 100% certain that the experience I have gained will definitely help me in the future. I am grateful.

«Experience I have gained will definitely help me in the future»