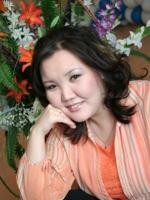 
The International Common Use Center "Molecular Paleontology" (ICUC) was opened in March 2015 on the basis of the RIAEN laboratory "Mammoth Museum named after P.A. Lazarev" as a separate structural unit of the Institute.

The opening of the ICUC became possible due to the Agreement on scientific cooperation on the project "Revival of the mammoth and other fossil animals" concluded between NEFU and "Sooam Biotech Research Foundation" (Seoul, Republic of Korea, hereinafter "Sooam") dated September 23, 2012. The priority areas of cooperation in this Agreement are: joint research in the field of studying the genome of ancient animals, creation of a joint scientific laboratory on the basis of NEFU Scientific Research Institute of Applied Ecology of the North, participation in the educational process and training of highly qualified personnel; expansion of relations with Russian and foreign scientific centers and universities, including the invitation of highly qualified specialists to conduct joint research, including training of staff and students of the Parties in such centers; conducting joint scientific events. Research in paleogenetics requires serious systematic research directly on the territory of the discoveries to ensure better preservation of the material and to obtain the maximum effect. In addition, there are great difficulties in exporting bioassays abroad, and the extension of the time interval in the study of fossil material leads to its degradation and significantly affects the final result. It is necessary and extremely important to conduct some stages of the study on the territory of the discovery in a short time period. In this regard, it was decided to establish a research laboratory on the basis of NEFU with high-tech equipment and to attract qualified specialists.

The Cellular Research Partner of the Mammoth and Other Fossil Animals Project, as indicated, is Sooam Biotech Research Foundation (led by Prof. Hwang Woo Suk). The mentioned foreign colleagues are the world's leading experts in the study of the genomes of ancient organisms, the cloning of modern animals, they are ready to provide methodological assistance in establishing their own laboratory of paleogenetics at NEFU, teach and accept for internships NEFU students and staff. Since the opening of the ICUC, Korean partners regularly come to conduct sample preparation. At present, there is a work to organize the possibility of culturing fossil animal cells at the ICUC. The main areas of ICUC activity are:

· Activities in the field of fundamental science with the aim of conducting scientific research in the field of studying DNA and cells of fossil remains of mammoth fauna animals, publishing the results obtained at international conferences and symposia; publications in leading scientific journals;

· Training of highly qualified specialists in paleontology and genetics, teaching them modern theoretical scientific knowledge in a wide range of disciplines in the field of molecular biological sciences, innovative and relevant practical skills and abilities to work with high-precision modern instruments and equipment;

· Carrying out research in the field of studying the cells and genome of ancient animals through the creation, development and effective use of a park laboratory equipment in the mode of mutual access;

· Study of the gene pool origin of modern and ancient animals;

· Reconstruction of the paleoecological situation in Yakutia in the late Pleistocene, the processes of domestication of animals;

· Search and study of whole (viable) cells of extinct animals.

Infrastructure, instruments and equipment of the ICUC: The ICUC is located on the 5th floor of NEFU museum complex, and covers an area of ​​134 sq. m. The facilities are equipped with water supply and a ventilation system.

3. Diakonova Aleksandra - "Research of the genetics of fossil bison"; Currently, Vasilieva Nyurguyana, Gorokhova Margarita, and Diakonova Aleksandra continue their studies in the master’s program "Biology: Biochemistry and Molecular Biology" and practice in the laboratory.

ICUC staff: Grigorieva L.V. and Markov R.A., as well as students completed an internship at Sooam in 2016.