With the support of the Russian Academy of Sciences and 27 international research projects from 14 countries worldwide, a unique global network for monitoring climatic and biogeochemical changes SakhaFluxNet was created in the north east of the Russian Federation, formed within the frameworks of 27 international projects of the IBPC SB RAS with the European Union (14 countries) and Japan, as well as a joint agreement between NEFU and the Yakutsk Scientific Center of the Siberian Branch of the Russian Academy of Sciences. In terms of the number of unique scientific stations created and the volume of studied parameters, SakhaFluxNet observation network, organized by the Center's staff, is ahead of many regions of Russia and has no analogues. SakhaFluxNet network of scientific stations covers the most important bioclimatic zones of permafrost. Scientific research experimental station "Spasskaya pad", located within a few tens of kilometers of Yakutsk, together with the scientific station "Elgeiyi" (Ust-Maisky ulus) cover the forest bioclimatic zone. “Chokurdakh” and “Kodak” stations, located in the Allaikhovsky ulus, in the far north of the Republic, are responsible for the tundra and forest-tundra zones, respectively. 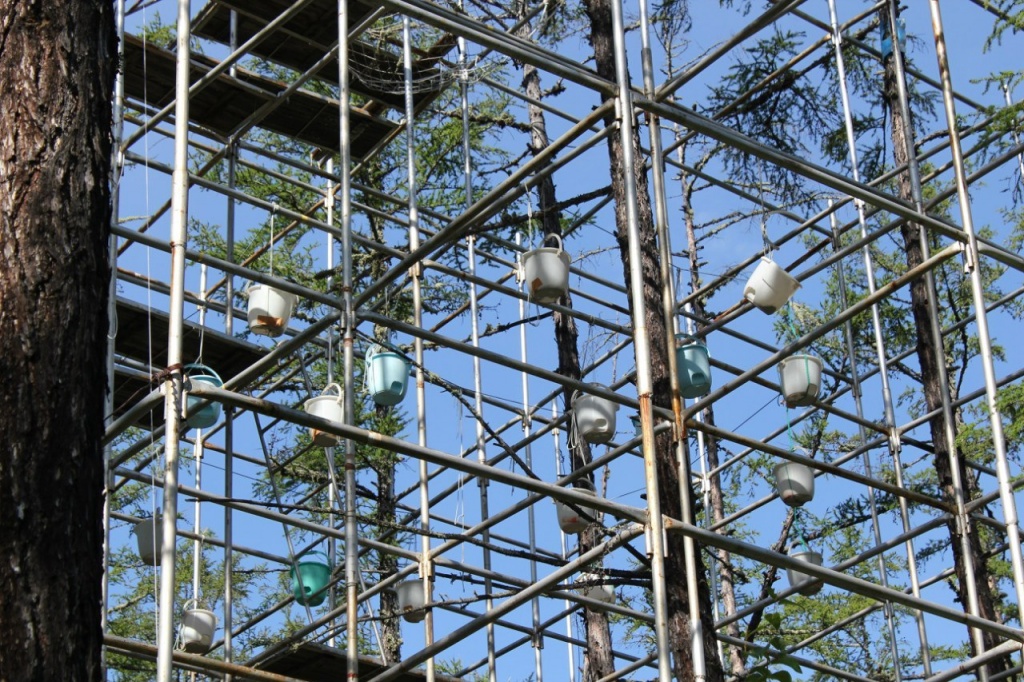 These stations, serviced by highly qualified personnel and equipped with the most modern equipment, are part of the worldwide networks for studying the global climate of both Europe and Asia (CarboEuroFlux, AsiaFlux, ScanNet, InterAct). Research is carried out all year round, comfortable conditions for work and accommodation of scientific personnel have been created at each station for this. Scientists have expensive innovative scientific, communication, computer equipment and devices, modern hardware and software. The instrumental database of the stations includes expensive modern proven scientific instruments for studying heat, energy and water flows in ecosystems, instruments for studying the carbon dioxide balance of ecosystems, meteorological and climatological instruments. Annually, 30-40 scientists from all over the world visit the stations for field work, students and postgraduates from leading educational institutions of Eurasia undergo educational and scientific practice.